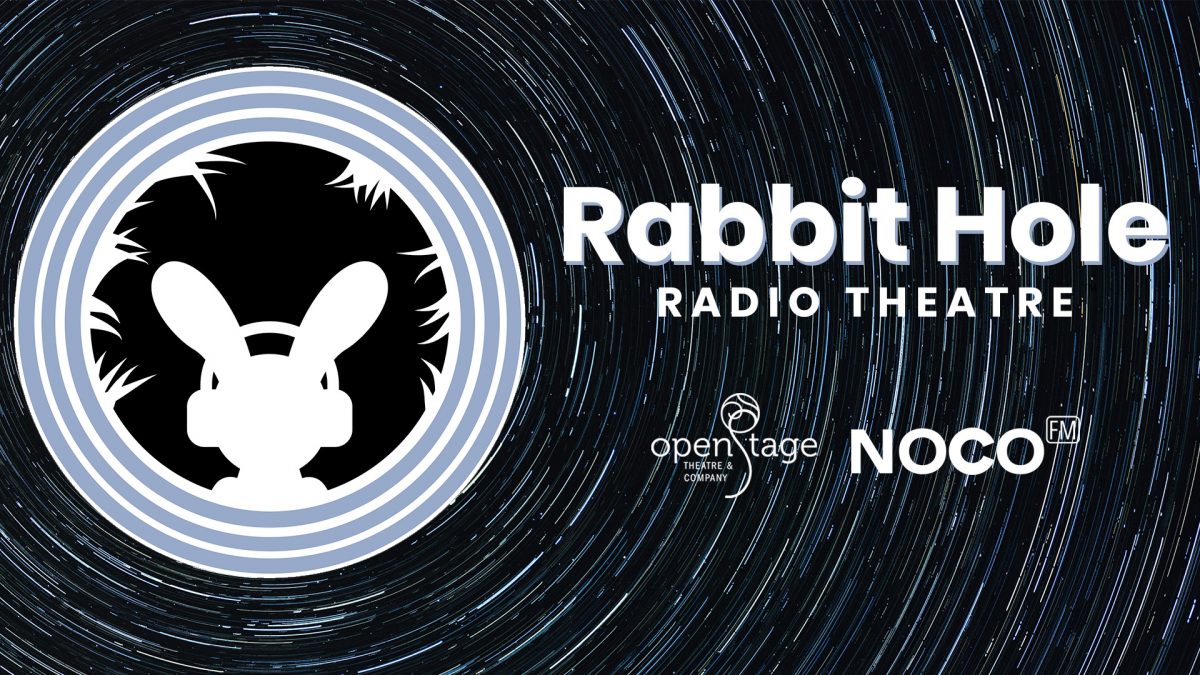 Rabbit Hole Radio Theatre is returning to the airwaves for the first time in 13 years! The newly-remastered three original series airs Tuesdays at 9pm ET on NoCo FM, and a new season debuts in 2020 to continue the rabbit spirit!

NoCo FM, in association with OpenStage Theatre & Company, is proud to announce the return to the airwaves of Rabbit Hole Radio Theatre!

Originally launched in 2003 as an artistic endeavor of OpenStage, Rabbit Hole Radio Theatre (RHRT) produces original audio drama series that nurture the imaginations of the public through the theatre of the mind. Long before podcasts arrived on the scene and very much ahead of its time, the aim of RHRT was to breathe new life into the art of radio theatre, as well as encourage and inspire excellence and artistic integrity in writers, performers and technicians as they explore their craft through radio theatre.

Utilizing local writers, actors, and musicians, RHRT produced three original seasons of audio drama: Portals, Major Arcana, and Mythologica. These incredible, fantastical stories have not been broadcast or heard outside of Colorado until now! Beginning Tuesday, March 31st at 9pm ET/7pm MT and continuing each week, NoCo FM will be showcasing these productions in their entirety, starting with Portals.

The fantasy-adventure saga of Portals follows the fortunes of Allison Drake, a young artist who inherits a self-storage garage business and discovers that each unit is a doorway to a different reality. Allison and her friends are quickly drawn into a web of wonders and dangers with the fate of all realities hanging in the balance. Fascinating and strikingly original, Portals offers listeners a lush audio portrait of characters on a heroic journey of intrigue and adventure.

As a special treat, the entire series of Portals is available now on Apple Podcasts, Spotify, and wherever you get your podcasts. Make sure to subscribe to the podcast so you never miss an episode! 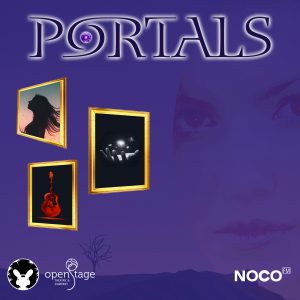 In addition to re-launching the original RHRT seasons for new audiences to enjoy, NoCo FM is picking up the mantle of the Rabbit spirit and is currently in pre-production of Season Four of RHRT! Salamander is a six-part series written by Ashley Dunston that tells the story of a journalist trying to get to the truth behind a mysterious arson that claimed the lives of a prominent religious family in the town. We're in pre-production on Salamander right now, and we'll be posting more about casting opportunities soon.

Follow Rabbit Hole Radio Theatre updates on Facebook, Twitter, and Instagram for more information as it becomes available. In the mean time, please enjoy this preview with the full season of Portals streaming now on NoCo FM!